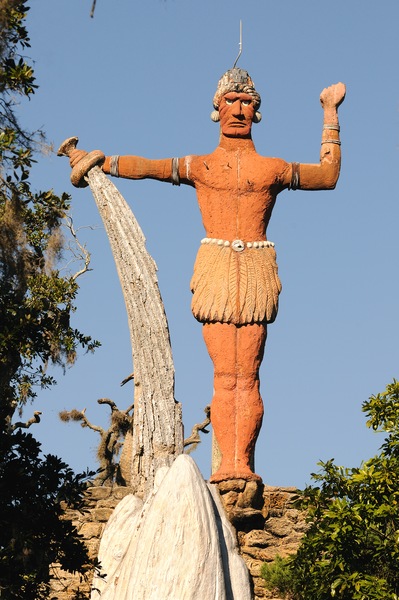 Safely nestled away from the hustle and bustle of big cities such as Miami, Orlando, Jacksonville, and others is the quaint and family-friendly community of Ormond Beach. Here’s where you can enjoy a laid-back lifestyle while soaking up the sun and sand at this area’s top-notch beaches. But along with modern amenities, the city also has a storied past.

For example, John D. Rockefeller chose Ormond Beach for his winter residence. Decades before, the Timucuan Indians were this region’s most famous inhabitants. Today, opportunities to learn the historical significance of this region abound. Read on to glean some of the most amazing facts and figures of this locale’s early history.

When Spanish settlers arrived in Florida back in the 1500s, they would have encountered a tribe of Timucuan Indians that numbered in the thousands. In fact, historians say that across Northwest Florida and Georgia, more than 200,000 Timucuan Indians made their home.

Most of the people in this tribe passed away by the early-1800s, due to warfare, diseases, and other causes. Experts say a majority of the remaining Timucuan Indians most likely joined forces with the Seminoles. This may be why historians have difficulty finding extensive facts and figures about the tribe.

Immerse Yourself in Regional History

Today, you can view the Ormond Burial Mound, which is a historic site located at the corner of South Beach Street and Mound Avenue, just a few blocks from the Ormond Beach Library. During the 1980s, the Ormond Beach Historical Society was instrumental in preparing this site and pushing for it to become part of the national historic registry.

This site is known as the most intact Native American burial mound in the Sunshine State. It houses the skeletal remains of several prominent and influential Timucuan leaders. A small bench nearby allows visitors to observe and reflect on the importance of the area.

Not far away is the world-famous Tomoka State Park. This 2,000 acre public area is located just off the Ormond Scenic Loop and Trail. Inside the site are the remains of the Timucuan village of Nocoroco. Visitors can marvel at an authentic statue depicting Chief Tomoka, who was once the leader of this lively tribe.

Along with its historical connection, the park is a popular place for a variety of activities, including boating, fishing, hiking, camping, and similar. Further up the same roadway is Bulow Creek State Park, home of the Fairchild Oak, which is believed to be several thousand years old. This park also features hiking trails, picnic areas, accessible restrooms, and opportunities for peaceful contemplation.

Join a Dynamic and Thriving Community

Also near the Ormond Scenic Loop and Trail is one of the most desired neighborhoods in the region. Halifax Plantation has a special distinction of being nestled among the natural wonder of Florida, but still close to attractions and amenities.

For nearly three decades, we’ve helped countless people across the county and world find their ideal spot in some of the most outstanding communities in the area. Along with Halifax Plantation, that includes Southern Pines, Westland Village, Il Villaggio, and throughout the City of Palm Coast. That attention to detail and commitment to stellar customer service is partly why we earned the distinction of being the featured builder in both the Volusia and Flagler County Parade of Homes.

Now, you can create a high-quality custom home tailored to your exact desires and preferences. Here’s where you’ll get everything you’ve always wanted in a residence, with nothing you don’t need. Browse our website to view our recent projects. Then, contact us today to learn how straight-forward and affordable custom home ownership can be.