Learn What Makes The Casements a Special Spot in Central Florida 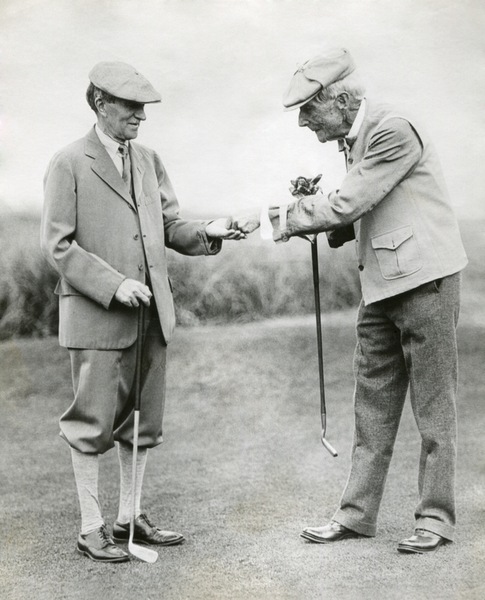 You may have walked or driven past it before and not even noticed. The Casements in Ormond Beach is regarded by many as a gem in the city. This was the winter home of John D. Rockefeller. During his time in residence, he invited some of the biggest names around. That includes Henry Ford, Harvey Firestone, Thomas Edison, and many more.

Today, you can tour the home and get a feel for what life was like in the area all those years ago. You’ll also learn about the history of the region even before Rockefeller made Ormond Beach his home. Read on to learn more about this enchanting attraction.

Despite its most famous resident, the home was actually built in 1914 for Reverend Harwood Huntington from Connecticut. The name comes from the many casement windows that are featured on the structure’s exterior.

Rockefeller purchased the house in 1918. He was known for hosting elaborate Christmas parties, playing golf, and walking up and down the streets of Ormond Beach handing out dimes to children and the less fortunate. Rockefeller passed away inside the home in 1937. The residence was sold in 1941, and eventually purchased by the City of Ormond Beach in 1973. Renovations occurred in 2009. It’s now on the National Register of Historic Places.

Across the street from The Casements is Rockefeller Park. This family-friendly area features a playground, meandering walkway, area for pets to play, and even lake access where you can fish, wade in the water, or just marvel at the beauty of Central Florida nature.

Inside the home, you’ll see several permanent and traveling exhibits, and get an inside look at what life was like back in the time of Rockefeller.

Though he made his fortune in oil, during the later years John D. Rockefeller was widely known as a philanthropist and caring individual. The townspeople got used to calling him “Neighbor John.” That same service to others and dedication to natural preservation exists in Ormond Beach today. In fact, more people who visit the area choose to come back to call the region home for all or part of the year.

At Home in Ormond Beach

Rockefeller decided to retire in Florida and specifically Ormond Beach because he felt that the ocean air and daily games of golf would help him live to his goal of 100. While he died at the age of 97, legend has it that Rockefeller seemed to enjoy to the fullest each moment he spent in the area.

Though modern conveniences and amenities have kept up with the times, the friendly and welcoming spirit of Ormond Beach still exists to this day. Now, you can become part of that scene. For nearly three decades, we’ve been proud to build in some of the most outstanding neighborhoods in the area. Browse our website to view real photos from recent projects. Then, contact us today to learn more about how can have it all in a custom home tailored to your exact preferences and lifestyle requirements.